Another year, another author’s day…

Another year, another author’s day at my friend Amy the librarian’s elementary school! I’ve mentioned her before in the March 14, 2017 and the November 2, 2017 blog. She’s an amazing person and an incredible resource for very special books and authors!

Last year as she was just starting to think about potential authors to invite, she mentioned really wanting Katherine Applegate to come and speak but didn’t’ think it was going to be possible. I admitted that I had no idea who she was talking about and shortly after that breakfast, I had two books delivered to me – The One and Only Ivanand Wishtree.  Being the procrastinator that I am, I put them on the pile of books to read by my bed and there they sat. Amy had told me that much to her delight Katherine had agreed to come to the school. That jogged my memory but still the borrowed books sat. The holidays came and went and the new year began and I remembered those books with just a bit of embarrassment (sometimes Amy is far too forgiving and patient). I finally pulled out Wishtreeand couldn’t put it down. It’s a very special book.

For author’s day, a 15” by 15” art piece is created celebrating one of the visiting author’s books and the author signs the piece commemorating the visit. The framed pieces are hung in this beautiful library. I called Amy as soon as I had finished the book and asked if I could do the artwork for the book. She said yes! More accurately, I believe I said, “That book is mine!”

If you haven’t read the book yet, stop here, go get the book, read it and then come back to this!

If you’ve read this, read on and I’ll tell you a bit about the piece. 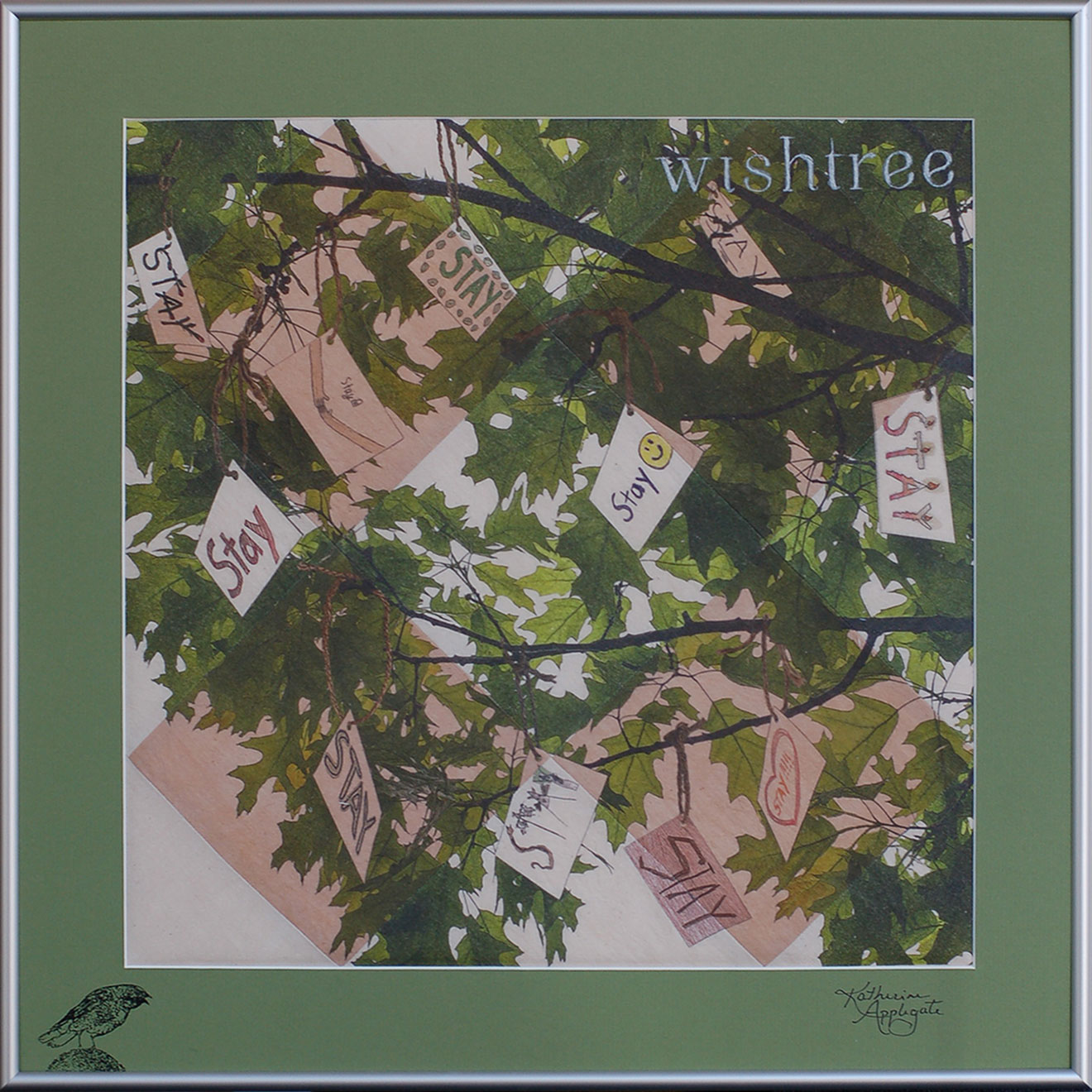 I chose an image of a red oak that felt sheltering and protected. Red shelters and protects the animals, humans, and history for his neighborhood. With Amy’s help, some of her students created the cards along with some of my friends and family. Those were put onto the branches using Photoshop. I wanted the image to be in daylight – things coming to light, exposed. I decided to print this out on two colors of fabric and sew it together using the traditional block called crossroads. This particular block was thought to have been used in the Underground Railroad to signify Cleveland, Ohio which was one of the main crossroads with many routes to freedom. I also love the definition of crossroads and how it pertains to this book – reaching a turning point where a choice has to be made. I had to give a nod to Red’s best friend Bongo on the mat. I took a photo of a crow from my husband (Curt Bianchi) and made a screen print. 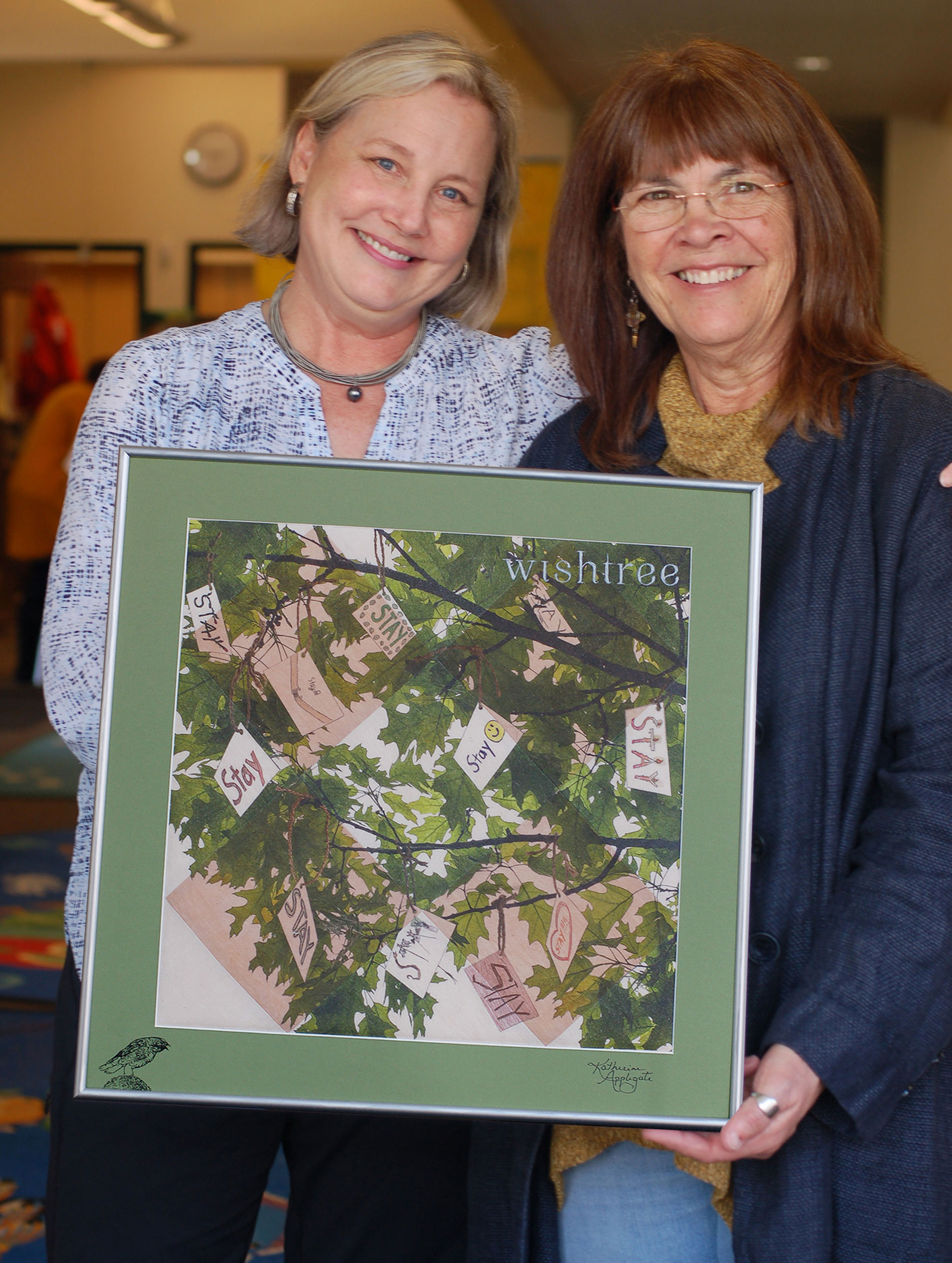 When I met Katherine at author’s day, I became every bit a fan-girl and hopefully didn’t embarrass myself too badly! She was absolutely lovely and really liked the piece! Woo hoo!

Rest assured, I did read the other book and have returned it. I now have a stack of all Katherine Applegate’s other books on the top of the pile next to my bed! She has officially joined my shortlist of author’s works not to be missed!